The idea of fasting—going without food for a period of time—has been a part of human custom for thousands of years. People have fasted for religious and spiritual reasons, to cultivate mental discipline, and even to prepare for war.

Doctors have long suggested fasting as an integral method of healing and prevention, too. Hippocrates, the father of Western medicine, believed that fasting allowed the body to heal itself. Ayurvedic medicine has long advocated fasting as a treatment for a variety of conditions, and in the early 1900s, Dr. Herbert Shelton (1895-1985) claimed to have helped 40,000 patients recover their health with water fast.

In our modern world, fasting has been used to help improve concentration, prevent insulin resistance, delay aging, and lose weight. In 2012, Dr. Michael Mosley’s TV documentary Eat Fast, Live Longer (based on the book The Fast Diet) brought the idea of intermittent fasting (time-restricted fasting) into the mainstream consciousness.

This particular type of fasting soon became very popular, and in a 2019 survey, was found to be the most popular diet that people had tried. Benefits often include weight loss and reduced hunger, but some have wondered whether such restricted eating may harm the delicate balance of microorganisms in the digestive system.

We know now that the community of bacteria in the gut (called the microbiome) is critical to overall good health. What we eat—or don’t eat—can affect that community in either a positive or negative way.

Let’s look at what you can expect from intermittent and other forms of fasting. 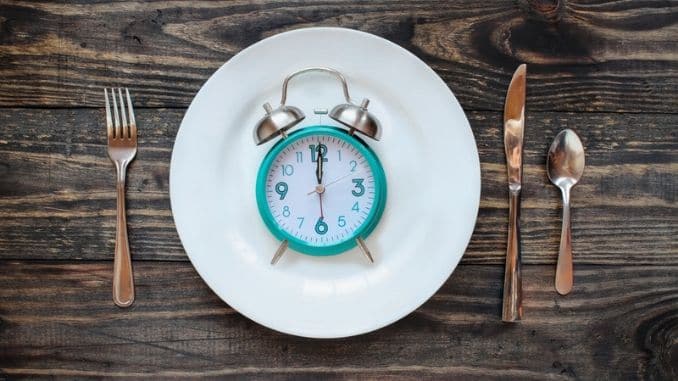 What is Intermittent Fasting?

Like regular fasting, intermittent fasting means going without food for a period of time, but in this case, the times recur regularly. The most common fasting patterns include:

There are other variations on these patterns, but they provide the basis for the intermittent fasting diet.

Is Intermittent Fasting Good for You?

The evidence was less clear on lifespan effects, mainly because most studies were relatively short-term, but animal studies have suggested that fasting may help increase longevity as well.

According to the researchers, the main mechanism behind this diet’s ability to improve overall health is a process known as metabolic switching. Fasting triggers the body to switch its source of energy from glucose stored in the liver to ketones, which are stored in fat.

This switch initiates several processes within the body’s cells that influence health and aging:

All of this sounds very good, but what about gut health? 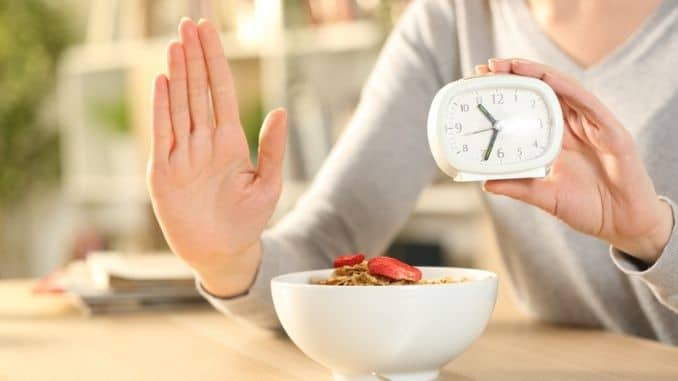 What is a Healthy Gut Microbiome?

Inside the gut are trillions of microorganisms, mainly bacteria, that live in the digestive system and play a role in digesting the food you eat. They also help with absorbing and synthesizing nutrients, as well as affecting other processes in the body, like your metabolism, body weight, immune function, and even your brain functions and mood.

When all is well with this gut microbiome, digestion flows easily, the body resists infection, and mood and focus are good. If something happens to the balance of bacteria in the gut, however, things can go downhill fast. Symptoms of an imbalanced gut microbiome include:

As to what causes imbalances in the gut, there are many potential candidates:

Diet, particularly, can have a huge effect on the composition of the bacteria living in the gut. Eating a diet that consists of mostly processed foods, emulsifiers, artificial sweeteners, and high-sugar foods can allow the “bad” bacteria to gain the upper hand. It may also damage the lining of the gut, allowing bacteria and other microorganisms to escape into the bloodstream where they can trigger inflammation and immune malfunction. 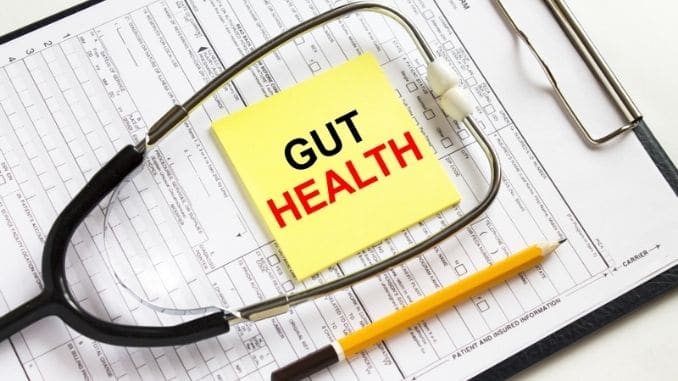 How Does Fasting Affect Gut Health?

Here’s the good news: According to the research we have so far, it looks like one of the benefits of fasting may be a healthier gut microbiome.

Several studies, for instance, have shown that intermittent fasting changes the makeup of the gut microbiome in a good way. In a 2017 overview, researchers reported that the diet influenced health by having beneficial effects on:

When examining the effects on the gut microbiome more closely, the scientists reported that a healthy gut is highly dynamic, exhibiting daily fluctuations that follow a cyclical pattern. Obesity seems to dampen these fluctuations, which could be part of the problem. A feeding-fasting pattern of eating can help restore these regular fluctuations in the gut, rebuilding a healthier diversity in the organisms present.

In 2019, scientists reported that after a month of intermittent fasting, the level of one particular bacterium called Akkermansia muciniphilia increased. This was a good sign, as this particular bacterium is considered a health probiotic linked to a reduced risk of obesity, inflammation, and diabetes.

In a 2020 animal study, researchers put subjects through a 12-hour, 16-hour, or 20-hour fast. All three of the fasts altered the composition of the gut microbiota, with the 16-hour fast leading to an increased level of Akkermansia muciniphilia and a decreased level of Alistipes, a bacterium that has been linked with colon cancer. 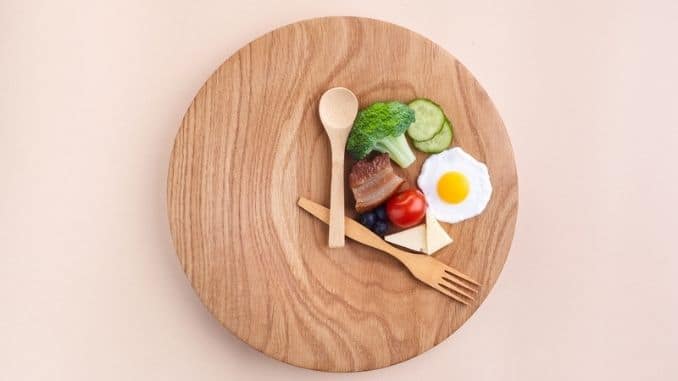 Research from the Devkota Lab at Cedars-Sinai also showed a dramatic shift in the gut microbiome population after subjects fasted for 12-16 hours. “Certain bacteria are super responsive to fasting,” the researchers wrote, “and those tend to be beneficial bacteria. The concept is that with intermittent fasting, you could permanently grow those bacteria and experience the associated benefits.”

Some studies have focused on other types of fasts, such as water-only fasting and juice fasting. For a 2019 study, researchers subjected six human volunteers to a water-only fast and 10 to a juice fast, both for seven days. The scientists collected stool samples daily prior to and post fasting.

The results showed that the water-only fast “dramatically changed the bacterial community” and that patients developed more homogenous gut microbiomes during the fasting period. The juice fast did not have the same effect.

Even better news: Five of the six subjects who went on the water-only fast retained the healthy changes to the gut even after returning to their normal diet. “These results provided preliminary data on how ceasing food intake can shift gut microbiome,” the scientists wrote.

Other studies have not resulted in the same outcomes, however. In a 2020 study on obese adults who participated in a 16:8 intermittent fasting diet for 12 weeks, the results showed no difference in the overall composition of the gut microbiome after the study was over. 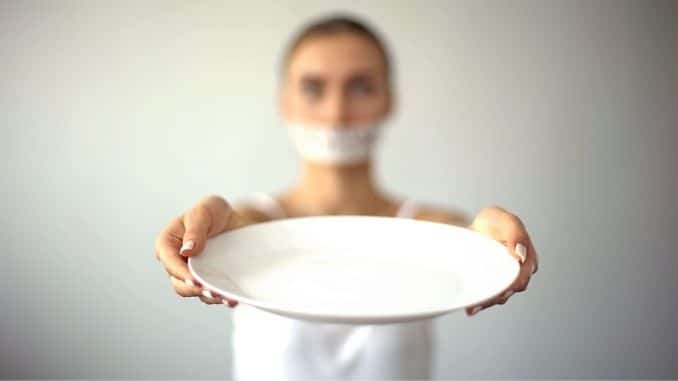 Fasting Gives Your Gut a Break—and May Do Much More

Research on the gut microbiome and how fasting may affect it is still in its early stages. From what we know so far, it seems that there is potential for fasting diets to be able to improve the gut microbiota. How long the fast needs to be, however, or other details that may promote healthy results are still unknown.

One thing that most scientists seem to agree on is that fasting gives your overworked gut a break, and that has to be a good thing. Particularly in our society where food is available everywhere and snacking is hard to resist, it seems the gut has to work much more consistently than it used to in past generations. Fasting allows it to recover so it can perform its job more efficiently.

There is also evidence that fasting may help the gut line up more clearly with your circadian rhythm. Your internal body clock tells you when to wake up and when to go to sleep, and it seems that your gut microbes also perform better when they’re in line with that clock. Eating frequently or eating late at night, for instance, can disrupt this rhythm, forcing the gut to digest when it would rather rest. 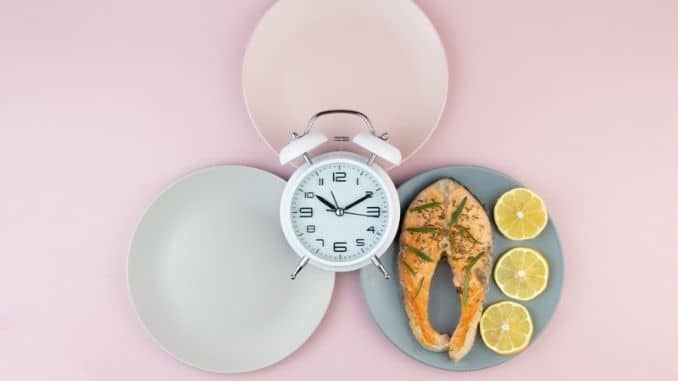 Right now, your best way to determine whether fasting improves your gut health is to try it and see how you feel. There are various types of intermittent fasting patterns, and it’s usually best to start cautiously—with a 10:14 period, perhaps (rather than a 16:8). If that works well for you, you can increase your non-eating periods if you like. Fasting for 24 hours can also be beneficial once in a while, but be careful with more severe fasts. Always check with your doctor first to be sure the results will be beneficial and not detrimental to your body. 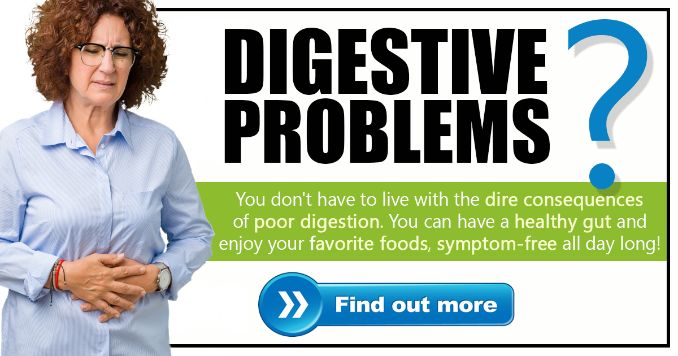